Featured News, News
by admin
0
0 Comments
A message from Shannon Wilson, Chair, Anova Board of Directors, Anova – the unified Sexual Assault Centre London and Women’s Community House – has a shift in leadership on the horizon as Kate Wiggins, the organization’s current executive director, retires at the end of December. Joining the team in Wiggins’ place will be Jessie Rodger. “We’re exceptionally pleased that Jessie will take on this leadership role,” explains Shannon Wilson, Anova’s board chair. “Her broad knowledge of issues that impact our community, coupled with her bold, thoughtful leadership style and experience with social justice and service agencies make Jessie well-positioned to lead our work toward a future without violence.” Rodger joins Anova from an executive role with another local non-profit, Big Brothers Big Sisters of London and Area, and says she is excited for what’s to come as she assumes her position at Anova. “I am honoured to join the team at Anova and continue the important and critical work that Kate has championed and led for the last 16 years. I look forward to being part of an innovative, thoughtful and passionate organization leading to end gender-based violence in our community." 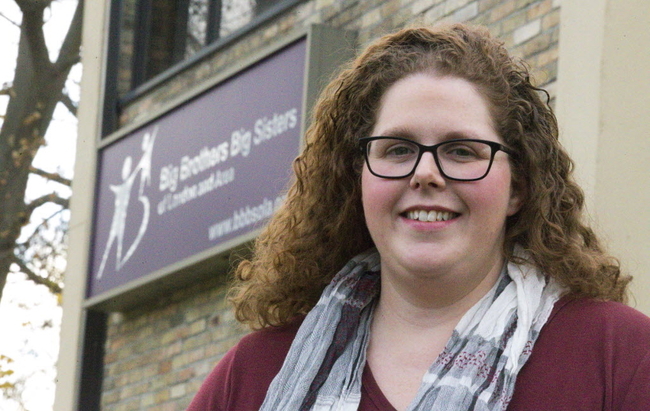 As fall nears, both December and Wiggins’ approaching retirement aren’t far off. Wiggins, who led Women’s Community House for 16 years prior to the unification of the shelter and sexual assault centre, looks forward to this next chapter for Anova. “I will always hold all the wonderful people of Anova in my heart. I am sure Jessie and her incredible team will continue to lead and advocate for an end to gender-based violence. I wish them all the best in their guaranteed to be exciting new future.” For additional information about the appointment of Jessie Rodger as the new Executive Director of Anova, contact: Shannon Wilson Chair, Board of Directors ian.shannon@sympatico.ca Kerry McGladdery Dent Vice Chair kmcgladd@ualberta.ca ABOUT ANOVA Anova provides safety, services and support to woman-identified persons in the London and surrounding area who have experienced gender based violence. We operate a crisis and support line; walk-in counselling and support program; 2 emergency shelters for abused women and their children; a second stage housing apartment complex; transitional outreach program; sexual assault counselling; a public education program; family court support program; community group for children who have witnessed violence in their homes; several peer support groups; and a social enterprise “Mine 101” with all proceeds supporting our children’s programs.